Content to be unmarried and plain-spoken, Kathryn “Kappy” King is an odd-woman-out in the Amish community of Blue Sky, Pennsylvania. But she’s skilled at making the special kapps local women need to cover their hair. And she might be the only one who can unearth the danger hiding in this peaceful valley . . .

When Kappy’s neighbor, Ruth Peachey, turns up dead in her yard, everyone in Blue Sky believes it’s a tragic accident. Until the Englisch police find the gentle dog breeder was deliberately struck down—and arrest her mentally-challenged son, Jimmy, for the crime . . .

Jimmy’s sister, Edie, returns to Blue Sky clear his name, yet no one will speak to a shunned former Amish woman, much less give her information. Determined to help, Kappy starts digging for the truth among her seemingly-innocent neighbors. But suddenly a series of suspicious “accidents” threatens Edie and the Peachey farm—property Edie is determined to protect for her brother’s future.

Now, as danger looms large in the small community, Kappy must bait a trap for a killer snapping hard at her heels. And Edie must decide whether to make a home once more in the town she thought she’d left behind . . .

Kathryn “Kappy” King is happy being a plain-spoken unmarried odd-woman-out in her Pennsylvania Amish hometown. Her talent is making the special kapps local women use to cover their hair. But her skill at uncovering trouble in this quiet valley is about to be truly tested . . .

At first, young Sally June Esh’s tragic death doesn’t look like murder. Even in peaceful Blue Sky, collisions between buggies and Englisch cars aren’t unheard of. Still, the Eshes are skilled drivers used to delivering their popular pickles for miles around. And after Kappy notices Sally’s buggy was deliberately run off the road, her ex-Amish friend Edie gets strange texts saying the crash was no accident . . .

Kappy won’t let her community’s silence keep justice from being done. And even though a still-shunned Edie thinks of moving back to the city, she and Kappy start rooting out secrets about the Eshes’ long-time neighbors—and new pickle-producing rivals. But when they learn that Sally’s brother is secretly courting an Englisch girl, their investigation takes a disturbing turn . . . Kathryn “Kappy” King’s skill at making kapps for the Amish women of Blue Sky, Pennsylvania, are unparalleled. But she’s also dangerously good at discovering dark truths beneath this peaceful valley . . .

When an “accident” puts beloved bishop’s wife Alma Ebersol in a coma, many in Blue Sky are quick to blame struggling widow Frannie Lehman. Both women are the best bakers around, but for years Alma’s boysenberry pies have been more award-winning—and profitable—than Frannie’s. And with Alma out of this fall’s county festival, Frannie’s pie finally wins first prize. But when Alma dies and Frannie’s children fall victim to gossip and bullying, Kappy is determined to uncover the real truth.

Soon Kappy and her outcast friend Edie have their hands full of odd clues. What do Alma’s strange last words mean? Why would someone break into her house just to steal a quilt? Who is the mysterious new piemaker in town—and why is she still in Blue Sky after losing the festival competition? When long-buried family secrets and contested legacies start getting into the mix, Kappy and Edie must work fast before another victim gets a deadly pie in the face . . . 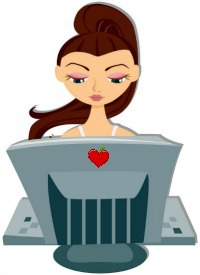